My Season with The Kansas City Royals 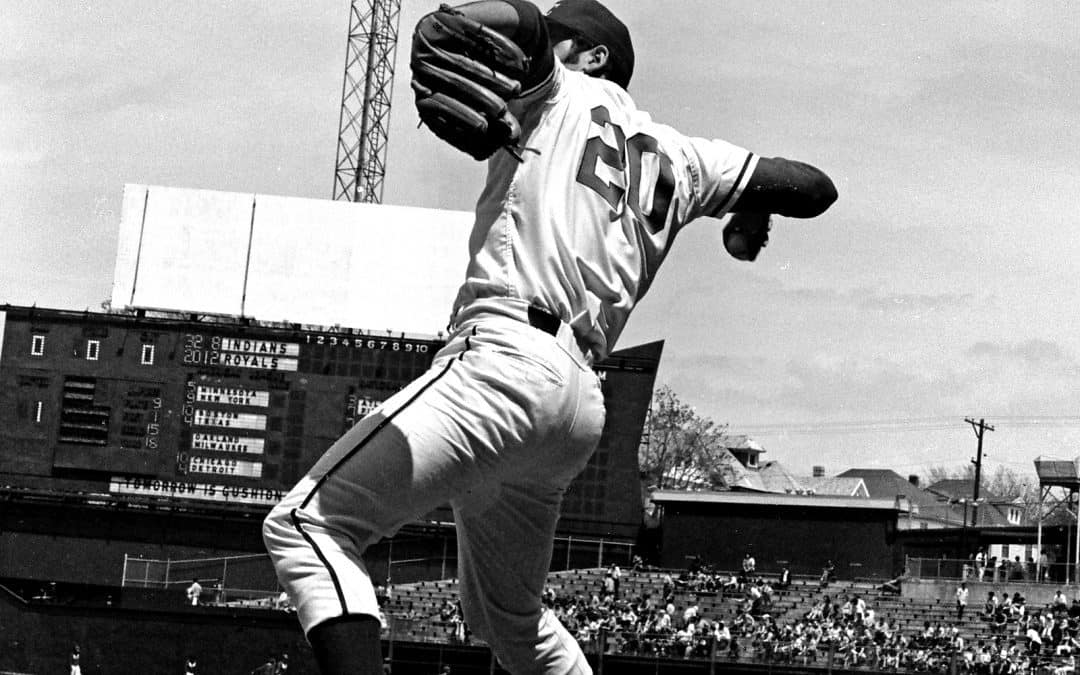 My rookie year with the Kansas City Royals began in April 1972, when I was fifteen. I know what you’re thinking – how can that be possible – but hear me out.

I was not a ball player. Far from it. Born with no depth perception, swinging at a ball traveling in excess of ninety miles an hour was way out of my league. But, in other ways, my vision was quite good. I saw the world through the lens of a photographer.

My odyssey actually began three years earlier when I bought my first camera at a garage sale.

“Does it work?” I asked the lady running the sale, trusting that I’d get an honest answer.

“My husband says it works perfectly. He just bought a new, fancy camera and said he doesn’t need this one anymore.”

“I’m going to have to ask my dad if he’ll loan me the money. Would you hold it for me until tomorrow morning?”

She gave me a quizzical look – somewhere between pity and amusement, before nodding in affirmation. “Be here first thing in the morning if you still want it. I don’t want to be stuck with it after the sale ends.”

I nodded in agreement.

So began my love affair with photography.  It allowed me to translate what I saw in my mind’s eye onto a sheet of photographic paper and share that vision with the world. I would spend countless hours sequestered in a home-made darkroom in my folks’ basement…often emerging with my clothes reeking of the chemicals used to process film and prints.

“Honey, are you sure those chemicals are safe? You smell strongly of vinegar.” My mother observed.

Over time, my photographic eye became more trained. I experimented with landscapes, portraiture, macro photography, and other disciplines. Family and friends began hiring me, trusting me, to capture images of important life events.  Before I knew it, I had a robust business called “Leifer Photographic Services.”

Over time, I earned enough to buy not only a new Nikon, but several lenses that I coveted. My first chance to put that equipment to the test came via a school-sponsored trip to Big Bend National Park in the southwest corner of Texas. As we hiked through the Chisos Mountains, I shot and shot and shot while my compatriots simply soaked in the beauty of the Rio Grande Valley. They returned with memories. I returned with images.

Shortly after the trip, my school announced it was planning to hold a photography contest. As an under-classman, I knew I didn’t stand a chance, but I entered nonetheless – contributing my best photo from Big Bend.

Though I still think it was mistake, somehow I won. More importantly, I captured the attention of a very kind alumnus who was the Director of Public Relations for the Royals. He contacted me and asked if I’d like a job starting in April as one of the team photographers.

“You mean assisting your photographers with their gear or processing their film?”

“No,” he responded. “I mean being in the press box or on the field shooting.”

I could hardly contain my excitement. Though not a huge sports fan, I recognized what an extraordinary opportunity he was offering me. But then reality intruded and crushed my enthusiasm. I wasn’t old enough to drive… how would I get to the ballpark?

“Is it okay if I ask a friend to help me?” I said, my mind spinning to find a solution to the driving dilemma.

So I enlisted my next-door neighbor…a decent photographer, but more importantly, a year older and the owner of a car.

The spring and summer were jubilant. Steve and I were paid to show up at each game and were given the best “seats” in the house. We would have done the job for free in a heartbeat.  And though we worked incessantly – sometimes staying up until the wee hours of the morning to get all of our film processed for delivery to the Royals – it never felt like work.

Beyond the excitement and joy, my summer with the Royals was a learning experience. The first lesson was about life and death.

I remember being in an open portion of the press box used by photographers. I had a long telephoto lens focused on second base. Steve was down by the field. At the plate was a .300 hitter…and on first-base was one of the fastest runners in the American League. There was a loud crack of the bat then a momentary white blur in my lens as a foul ball rocketed past my face. It struck the metal corrugated press box with a concussive boom like thunder.

Had it struck my head, my days as a photographer might have ended then and there! Several people rushed in to see if the “kid” had survived. After that, regardless of where my camera was pointed, I kept one eye squarely on the batter.

A more enduring lesson came through observation and interaction with the players – people who were idolized and idealized by so many fans. I came to see them as quite human. Extraordinary in their perseverance, gifted in special ways, but not without their foibles.

This past summer, as I reflected upon this time so long ago, I decided to unearth any remaining relics from my season with the Royals. Like an archaeologist searching for the grail, I spent hours sorting through old negatives to compile the remnants that had survived almost half a century. The images evoked powerful memories. They were like a time-capsule that transported me back to the early ’70s.

Since that summer, my love for photography has never waned. I shot all through high school and college – everything from football to fashion. I even had the wonderful privilege of doing a one-man show in New York. But nothing will ever be more meaningful to me than that rookie year I spent with the Royals.

[To see other John’s other photography, please visit: www.uncommonvision.com]