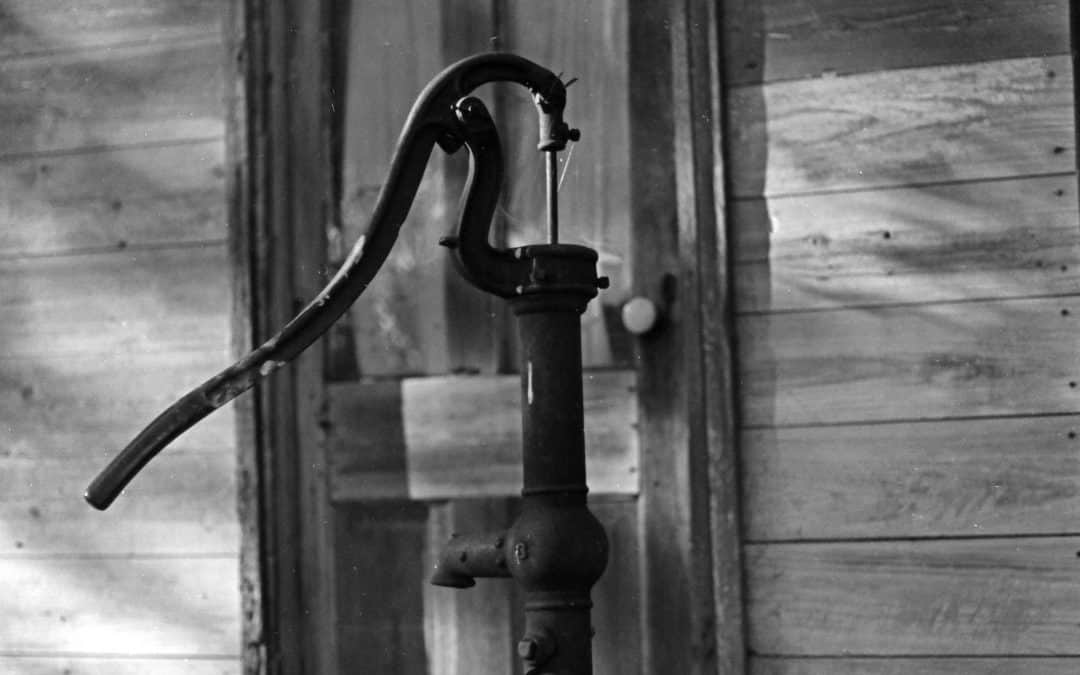 The Hanging Tree marked the eastern edge of our property – 120 acres of pasture, woodlands, and ponds perched precariously close to the encroaching suburbs. For a while, it would remain country – rough and rugged with a beauty that only a native Kansan could fully appreciate.

As I headed west on the narrow gravel road, I glanced to my left. Sure enough, two lifeless carcasses hung from a branch – coyotes, each missing an ear that had been cut off to collect the bounty. It wasn’t my doing – I could no more shoot a coyote than kill the family dog. After all, the two breeds looked like cousins.

I turned into the driveway, a fancy word to describe two deeply carved ruts in the mud that ran parallel to the farmhouse. Turning off the engine, I climbed out of my Mustang and headed for the door. The house wasn’t much to look at…maybe in its heyday, but that was more than a century ago. Yet the two-story white clapboard structure still had a charm to it. Maybe it was the mere fact that it had endured countless winters along with all manner of hell that nature threw at it.

We didn’t live here. No, I grew up in a posh suburban neighborhood twenty miles away. Given my choice, I would have taken the drafty old farmhouse. Heck, I would have shared it with the field mice, who had set up residence in the kitchen, without complaint. But that was not to be. The farm was a weekend refuge. Sometimes a place for solitude, other times a place to party.

It was Saturday – and this was a party weekend. My parties were legendary, ranging in size from a half-dozen close friends to four hundred rowdy high school kids slamming down beers. They came from all over – including Sunset Hill, the local girls’ school. At the start of each year, the headmistress sent out a letter to parents advising them not to allow their daughters to set foot on Leifer’s farm. Unbeknownst to their folks, they came anyway.

I checked the house, making sure it was ready to play host to whomever showed up that evening. My girlfriend and I would be there by seven o’clock, with the doors opening at 7:30. It was cold as hell out – after all, it was January – so I turned the heat up to a toasty 72 degrees before closing up and padlocking the front door.

Returning to my car, I opened the trunk and removed my target rifle – a Remington 700BDL with a walnut stock and a blued barrel. Though I wasn’t a hunter, I loved to target shoot, and there was no better gun than my .25/06. I loaded my own bullets and tweaked them so that the muzzle velocity approached 4,000 feet per second. It hit with such a wallop that a single shot would turn a reinforced concrete block into a cloud of dust, leaving behind pieces no bigger than my fist.

I trotted off into the pasture, making sure there were no cows or calves anywhere in sight. Down by the pond, I set up my target, then paced off two hundred yards before spreading out a mat so I could shoot from a prone position. You’ve got to be careful when you decide to lie down in a cow pasture. I’d learned that lesson long ago.

From this distance I could barely make out the target with my bare eyes, but as I brought the stock flush against my cheek and peered through the 8X telescopic sight, they were plain as day. I put my finger on the trigger and began to slow my breath, lowering my heart rate in the process. As I did, the image through the scope began to stabilize. When it no longer shook, I clicked off the safety and gently squeezed the trigger.

Even with a one-inch-thick rubber pad on the butt of the stock, the recoil was massive. So was the concussion as the nitrocellulose in the shell’s casing exploded with a vengeance. But I was prepared –wearing heavy-duty ear protection to muffle the blast – unlike the first time I fired my gun. Back then, all it took was one shot for my ears to ring incessantly for hours.

Through the scope, it looked as though I was a bit low and to the left. I made some minor adjustments to the scope, then fired again. Bull’s eye! I fired another fifteen rounds, all but one striking within the black center of the target, before deciding to give my aching shoulder a break. I still had some chores to do at home before I could return that night.

It was pitch-black on the road to the farm, and the car’s wide racing tires danced from side to side as I sped across the loose gravel. Behind me was a ghostly trail of dust. Sensing I was closing in on the drive, I slowed the car and reached over to squeeze my girlfriend’s hand.

“Almost there,” I reported. “I wonder who’s going to show up tonight.”

“The usual suspects, I bet,” she responded as I turned and maneuvered into the rutted driveway.

The car lurched to a stop as I stepped hard on the brake.

“What is it?” my girlfriend asked, a note panic in her voice.

“I didn’t leave the lights on,” I told her, staring at the fully lit house.

“You must have…you probably just forgot.”

“Stay here…in the car. I’ll leave the keys in the ignition. Don’t get out.”

“For good reason. Do what I said, okay?”

Memories of the book, In Cold Blood, flooded my mind. As close as we were to the city, we were still far from the nearest neighbor.

I opened the door slowly and walked back to the rear of my car. Quietly inserting the key, I popped open the trunk and extracted my .25/06 from its case. I filled the clip with bullets and chambered one…then walked stealthily towards the front door.

The paddle lock dangled from its broken clasp – clearly someone was in the farmhouse. I could hear the shower running, and the muted sound of television coming from the living room. I retreated a half-dozen steps into the shadows…glanced to look at my girlfriend, then pointed the rifle’s muzzle towards the ground.

In a millisecond, the flash from the blast illuminated the yard and stripped bare the shadow concealing me. The noise reverberated off the house, shed, and barn. I crouched down, hoping that no one had seen me, then chambered a second bullet.

It seemed like an eternity before the back door of the farmhouse flew open and two men scrambled out, running for cover. Even in the darkness, I could tell that one was nearly naked…holding his clothes as he ran for dear life.

Cautiously, I entered the farmhouse. Sure enough, someone had been sitting in front of the TV drinking my beer. As I walked towards the back, the direction from which the men had run, there were wet footsteps leading from the shower to the back door.

I ran back to the car and signaled for my girlfriend to unlock the door.

“Let’s get in the house and call the police.”

“What happened?” she asked, still shaking.

“There were two guys in the house. I guess it must have put the fear of God into them when they heard my rifle go off. I saw them run out the back – one of them was half-naked.”

Twenty minutes later, two Overland Park police pulled into the driveway with lights flashing. I stood in the doorframe waiting to greet them.

As I beckoned them in, I began to recount what my girlfriend and I had just experienced. The more senior office was looking around as I spoke. Then he spied my rifle resting against a chair in the living room.

“Yes, sir. There are still three rounds in the clip and one in the chamber.”

He picked it up and carefully inspected the weapon. “.223?” he asked, referring to the gun’s caliber.

“What’s so funny?” I asked, perplexed by his reaction.

“And you’re worried about them coming back? Hell, they’re probably halfway to Oklahoma by now. You must have scared the living shit out of them with that gun. It probably sounded like a canon going off.”

My girlfriend and I both laughed in relief. It was the first time I’d seen her smile since we turned into the driveway.

Then the officer took on a more serious tone: “By the way, what were you doing with that gun in your trunk?” he asked, though I knew I had not broken any laws.

“I was out target shooting earlier today and forgot to put it away. I guess I’m glad I did.”

“You would have been better off this evening if you had just kept going… past the farm house until you reached a neighbor’s, then called us. You took a hell of risk confronting whoever broke in. But I guess you know that.”

“Yes, Sir.” I said, my eyes cast downward in remorse.

“Well, it was probably just some coon hunters looking for a place to get warm.”

“And by the way, you’re in city limits now. So you can’t be shooting that thing out here anymore.”

“But I’m careful, officer – I always shoot down into the draw by the pond.”

He put his hand on my shoulder. “I understand, but it’s no longer country, son. It’s officially part of the city. I’m sorry.”

“Tell that to the coyotes,” I said to myself.

About then, my friends started to arrive. Spotting the patrol cars, they wondered what kind of trouble I was in now. The officers kindly informed them that they were just responding to a call, before taking their leave.

Later that night, after everyone had left, my girlfriend and I sat close on the couch, wondering if we were safe in the house.

“Let’s get out of here,” I suggested. “No reason to tempt fate.”

She nodded her head rapidly in agreement.

As we stepped out of the back door, I heard a noise – an undeniable rustling in the brush no more than twenty feet in front of me. I pushed my girlfriend behind me, forming a human shield.

“Get the hell out of here, or this time, I’ll shoot you for real!” I bellowed into the night.

There was no response. Only deafening silence.

As I stood there, hoping my girlfriend couldn’t feel the cold shakes running through my body, my eyes slowly acclimated to the darkness. I could see detail where, a moment ago, there had only been impenetrable black shadows.

That’s when I saw the intruder…two eyes staring out from behind a barb-wire fence adjacent to the driveway.

Two huge brown eyes…belonging to one of our cows.

“Tough guy,” my girlfriend said, jabbing me lightly with her fist. “Are you going to shoot it?” l