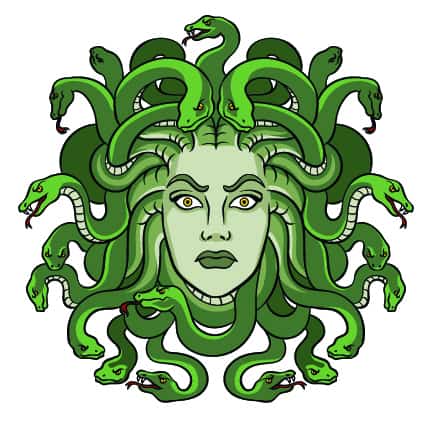 It was known in our house as the giggles hour – sixty magical minutes spent sitting in front of the television transfixed by Howdy Doody and a cast of lovable characters. It was a sacred time when nothing distracted me – not even ice-cream! Nothing, that is, but a shrill, piercing scream that sent shivers down my back.

I waited…holding my breath and closing my eyes, but it didn’t stop the screams from coming. There it was again! I jumped to my feet, not knowing whether to run or cry. The sound ripped through the silence one last time.  It was coming from the garage.

Heart pounding, I took three tentative steps towards the door that led from the kitchen to the garage…then three more. Each step drew me closer to some unimaginable horror.

I called out, “Mommy!” but there was no response. Then more steps…edging me closer to sheer terror. Suddenly, all that separated me from this unknown demon was a wood and glass panel door covered with a frilly lace curtain.

My tiny hand was shaking as I reached for the door-knob.  Ever so slowly, I began to turn it until it clicked.  Then, inch-by-inch, I pulled it open – not knowing what would greet me on the other side.

The garage was empty, but I heard the creature whimpering. It was coming from the direction of our basement. I stepped through the door and peered down the concrete stairs.  What I saw on that fateful morning, nearly sixty years ago, is permanently etched in my memory.

I blinked…refusing to believe what was in front of me. Then blinked again. A shadowy figure was contorting wildly near the bottom of the stairs.  Between the wild undulating motion and the darkness of the garage, it was hard to get a clear picture of the beast…until it turned and looked me squarely in the eye.

It was my mother, shaking as though possessed by a demon!  Her head snapped left then right while her beehive hairdo dipped in synchrony with each movement. It reminding me of tribal dancers I had seen the night before on a National Geographic Special.

As I watched in silence, mystified by my mother’s gyrations, something suddenly flew from her hair.  A long, thin, green object about a foot long sailed like a javelin through the air. It landed a few feet in front of me, then wiggled away, finding a dark corner of the garage in which to hide.

My mother’s face was streaked black with mascara from crying.

“Oh honey,” she said as she sat down wobbly on a step.  “Did you see that snake?  It must have jumped off the ledge as I was going down the stairs to check the laundry.”

She sobbed a little bit more, then wiped her face before climbing to the top and giving me a big hug.

People said that my mother was one of the most beautiful women in town. I don’t think they ever saw her when snakes were coming out of her hair.