After I Heard the Words, “It’s Cancer” 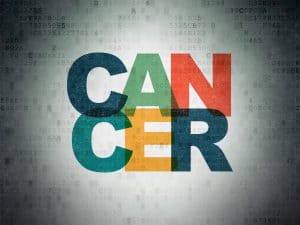 As the author of After You Hear It’s Cancer: A Guide to Surviving the Difficult Journey Ahead, I thought I understood the magnitude of the impact of a cancer diagnosis on patients. After all, I had written about it at length – describing that instant when one hears words so powerful that his or her world comes to a grinding halt, and future dreams dissolve in an overwhelming cloud of anxiety.

But when, earlier this week, I heard: “You have metastatic cancer,” I was completely unprepared to deal with such devastating news. At that moment, I was no longer the author who wrote about the cancer journey – I was a patient thrust into unfamiliar territory and acutely aware of the fragility of life.

After resting for several days following a minor medical procedure, I hit the gym on Saturday, intent on regaining my stamina. But after only a few minutes of exertion, I felt incredibly winded. I chalked it up to several nights of poor sleep and the after-effects of anesthesia. By Monday, I was still feeling fatigued, but there was something more…my heart felt like  it was racing.

Though I was scheduled to play tennis that afternoon, my wife convinced me that I would be far better served to stop by her office and let her listen to my heart, check my blood pressure, and measure my oxygen saturation. I reluctantly deferred to her and cancelled my game. I am glad I did.

We discovered that my blood pressure was abnormally high, as was my pulse (nearly 40 beats per minute higher than normal).  Furthermore, Lori thought she detected an abnormality in my heart’s rhythm. So off we went to the emergency department.

Because of my symptoms, I was taken back and immediately and evaluated for a heart attack. Thankfully, that was quickly ruled out…though evidence of some rhythm issue was present. The ED physician ordered a CT scan of my chest to rule out other potential problems.

Four hours after arriving at the emergency department, the results of the CT were back. As the ED physician walked into my curtain-enclosed bay, I said, “Can I go home now?”

“You are not going anywhere,” he responded, before handing a copy of the radiology report to my wife. She looked startled, as she began to read. The physician turned to address me.

“You have a number of masses in your liver. The largest is 6.4 centimeters. You appear to have metastatic cancer. Do you have any questions?”

“What?” I blurted out as a wave of uncontrollable nausea and dread enveloped my body. “I don’t feel well. I think I’m going to pass out.”

I don’t remember what happened next, but Lori said I appeared to have a seizure, then blacked out. She said she couldn’t find a pulse and shouted for the nurses. The cardiac team rushed in and prepared to resuscitate me. Fortunately, that turned out not to be necessary. When I came to, the ED doctor was nowhere in sight, nor did he come by again to check on me.

I spent the night in a hospital room that could have doubled for a broom closet. It looked as though it had not been renovated in forty years. I lay in bed trying to wrap my mind around what I had heard, and what I stood to lose. Life took on a preciousness that I had felt only a handful of times in my life. I was not ready to let go, to give up all that brought meaning to my daily existence, and I prayed to God that I would have a little more time.

I didn’t sleep much that night – between the impending diagnosis and being constantly awakened by nurses’ aides wanting to take my vitals, machines screeching in protest because there was a problem with my IV, and the simple discomfort of being far removed from my secure home.

The next morning, Lori and I impatiently awaited a liver biopsy. A transport aide showed up mid-morning and told us I was being taken to ultrasound. We presumed it was for an echocardiogram of my heart (which had also been ordered), so I told Lori to stay put and I would see her shortly. As the aide wheeled me into interventional radiology, I said: “I thought I was going to get my echo?”

“You’re here for a biopsy,” she said curtly. In a sense I was relieved that it would soon be behind me, but I felt badly that Lori had no idea where I had really been taken.

The interventional radiology team was compassionate and competent. After numbing my skin and providing some light sedation and pain relief, the radiologist used ultrasound imaging to guide a very long needle between my ribs and deep into my liver. He repeated this process four times – taking small tissue samples with each pass.

As I looked up at the monitor and saw the largest mass, I asked: “Is there a chance it’s something other than cancer?”

He responded, “There’s always a chance, but it does look like liver metastases to me.”

When the procedure ended, I was wheeled into a recovery area, where I received incredibly compassionate care from a nurse named Bailey. By then, Lori had been told what was transpiring and she was by my side. We had to stay in recovery for four hours to make sure there was no post-procedure bleeding.

Later that day, I was discharged. Now, there was nothing to do but await the results of the biopsy.

Lori and I tried to remain upbeat in the face of devastating news. When I would get weepy, she would remind me that there was always a chance that things would turn out okay. She told me that, intuitively, my condition did not make sense to her…that patients with advanced metastatic cancer to the liver were generally vastly more ill. I took comfort in those words coming from an experienced radiation oncologist, but I still struggled to have faith in a positive outcome.

There was no news on Wednesday. Late in the afternoon, we ran over to Lori’s office so she could take care of a few loose ends. As we were approaching the medical building, which is ensconced in trees and heavy grass, I thought, “What a powerful omen it would be to see deer.”

As we rounded the curve and approached the driveway, I spotted a deer standing stock still just feet from the curb. It didn’t move as our car approached. Before I could say anything, Lori turned to me and said: “That feels like an omen…a good omen!”

“You’re reading my mind,” I exclaimed…surprised that we were in such synchrony.

By the time we left, more deer had congregated a few yards from our car. The omen seemed all the more real. 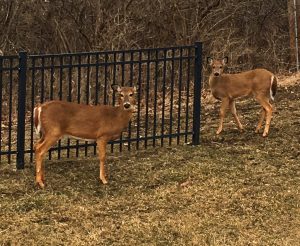 Because it was Ash Wednesday, I had suggested we go to church and pray. My wife has a profound sense of faith, and I knew how much it would mean to her to attend. I’m so glad we did.

An orchestra and a choir performed, and the music took on an unusually powerful resonance. I hadn’t felt God’s presence in a long time, but I felt it strongly that night. We prayed for strength and hoped that “thy will” would be to keep me around for a while, though such an outcome was clearly out of my hands.

On Thursday, we hung out at the house until mid-day, anticipating the call that would likely determine my fate. Finally, tired of waiting, we went to run errands – including a planned stop at church to pray more.

We were just pulling up to the post office when my cell phone rang. It was my primary care physician.

“John, it’s Chris. I’m looking at your biopsy report.” He hesitated for only a moment before blurting out: “BENIGN!”

“What?” I exclaimed, as though I couldn’t possibly have heard him correctly.

“Benign. You don’t have cancer. The pathology came back indicating you have a hemangioma.”

“Oh, my God, I feel as though a death sentence has been lifted. Thank you. Thank you.”

I turned to Lori, tears welling up in my eyes: “I can’t believe it…it feels like a miracle.”

“As am I. Now we need to go to church – to thank God for his mercy.” To which Lori quickly nodded.

There are still tests to be run and results to be confirmed, but the outlook is infinitely brighter.

The experience was a powerful reminder of how important it is to live each day fully, to honor God, and to be profoundly grateful for our loving relationships.

But it was also something more. It made me realize how truly life-altering a diagnosis of cancer is for those patients who do not receive a reprieve. As I said when I began this story, I thought I understood the impact of a cancer diagnosis. The truth is that I didn’t really have a clue – not until it was my life on the line – my future suddenly clouded by the incantation of two words:. “It’s cancer.”