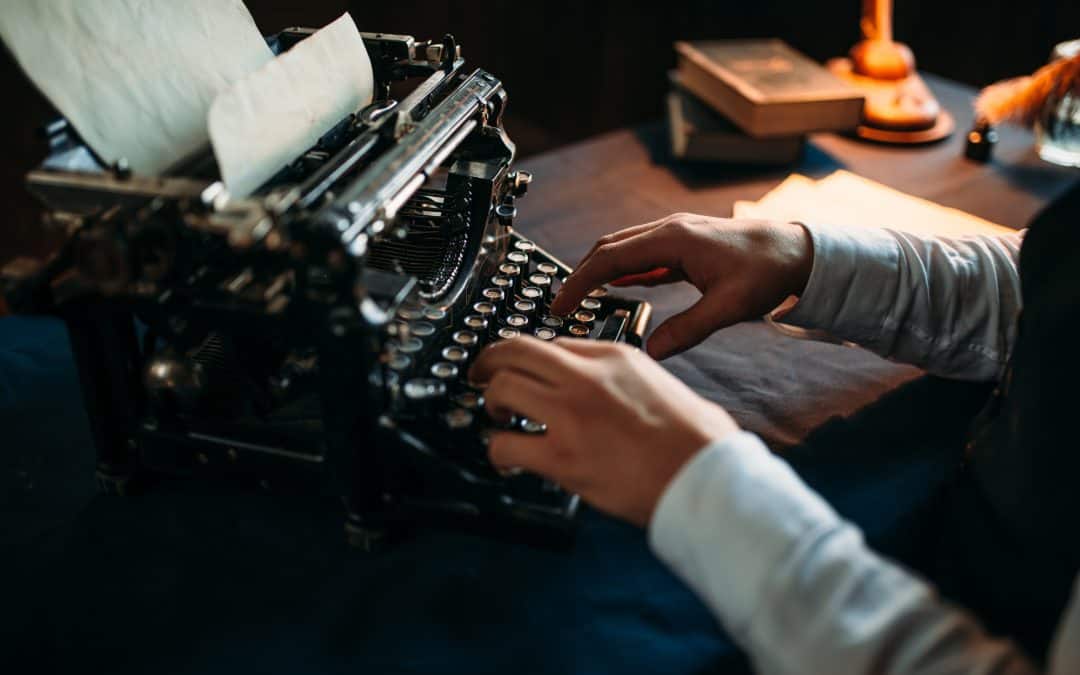 I left my last job with a sigh of relief and a quick spin of my tires as I pulled away from the parking lot, never to return. A surge of exhilaration welled up from my gut, and a smile burst out on my face as I realized that I no longer had to conform to a culture that was antithetical to my nature.

You see, I’m a gadfly who cannot resist challenging the conventional wisdom and seeking solutions that are outside of the box. While some bosses embrace disruptive innovators — a term that I would love to think applies to me — others, like our new CEO, seek to root out such insubordinate behavior lest it go viral. Put simply, I was a thorn in the side of my boss…and that was a problem.
So off I went on a grand, new adventure. I even had a roadmap for the journey ahead, having anticipated this day months in advance. What else would you expect from a former senior vice president of strategic planning?

I had always dreamt of being a writer, along with millions of other Americans. But this was no newfound fantasy or passing fancy. It was something that I had pursued throughout my life, but never as more than an avocation.

In high school, there had been the editorships — yearbook, literary magazine, scholarly journal, and the newspaper. These were fertile training grounds for an aspiring writer or editor. While at college, I had taken numerous creative writing classes, followed by graduate classes, and even writing workshops at the University of Iowa. Yet there was always one thing in short supply: the confidence that I could make it as a writer. As cocky and confident as I could be in the corporate world, I didn’t know if I had what it took to write commanding prose.

Now was my chance to find out. So began my journey into writing.

The first stop along the journey was to uncover and dust off a long abandoned manuscript entitled The Silence of the Sacred Brotherhood, which I had begun more than 20 years ago. It was a scathing indictment of medicine – a revelatory look behind the veil of a priestly society we call doctors.

Since my income at that time was derived from health care consulting, I had realized, after a mere two chapters, that the book could be a quick ticket to starvation…causing me to never again work in the industry. So I tabled it.

But now there was nothing to lose! So I resurrected it, broadened the focus to the health care industry in total, and began my work in earnest. Every day, for six uninterrupted hours, I sat in my home office researching, outlining, and crafting prose. There is no better way to dash the notion that writing is a romantic endeavor than to actually write. It is grueling, difficult and lonely — and the epitome of delayed gratification.

A year later, I had a tight draft of The Myths of Modern Medicine: The Alarming Truth About American Health Care. Best of all, I had a publisher eager to take it to press.

After its release, I waited for the phone to ring…assuming it would ring off the hook. I imagined myself being interviewed by Oprah and Dr. Oz, followed by invitations to testify in front of congressional committees that were seeking solutions to our dysfunctional health care system. I rehearsed the conversations in my mind, moving from the solitude of my home office to the national stage.

But none of that ever happened. Rather than catalyze a public outcry demanding revolutionary change in health care, my book seemed to create little more than a whimper. I watched it slowly move down the list of Amazon’s best sellers until it approached oblivion.

Undaunted, I picked up my pen and threw myself headlong into writing a second book. This time around, it would focus on cancer — a topic I was intimately familiar with, being married to a radiation oncologist who also happened to be a breast cancer survivor. It would be a kinder and gentler book, designed to aid the patient, not inspire revolutionary change.

What emerged was a step-by-step guide to managing the arduous journey through cancer. After You Hear It’s Cancer: A Guide to Surviving the Difficult Journey Ahead received stellar accolades from the leading physicians in cancer care, including a former Surgeon General. Rather than rely on my publisher’s anemic marketing efforts, I hired one of the top New York marketing firms, plus a publicist, to ensure success.
I’d dotted all my i’s and crossed the t’s…so I knew for certain that the phone would ring off the hook. My publicist would be scurrying to keep on top of the mounting demand for media interviews and speaking assignments.

Yet, despite these experiences, as I wait, I continue to write…mainly articles that advocate, in one form or another, for patients’ rights. I know that my articles are being read based upon the number of clicks they receive. What I don’t know is if those clicks suggest that writing is serving to catalyze positive changes that benefit patients and their families.

Without that knowledge or more direct feedback, I feel as though I’m in the desert…trekking across its vast expanse in the hope of eventually entering the Promised Land, the one inhabited by good, effective writers who are making the world a better place. After all, that’s been my destination since the fateful day that I exuberantly abandoned the corporate world.

Meanwhile, the heat of the desert serves as a crucible into which I’ve been cast. Why God has chosen this fate for me remains an elusive issue — presumably to temper my soul (or attitude). I’m sure that there are plenty of people from my past who would simply say, “It’s karma.”
Today, I no longer battle with a rigid CEO. The battle for survival as a writer is within me. The outcome will determine if I succumb to the desert’s heat or emerge on the other side…emboldened and writing with conviction. I’m betting on the latter.

Before you make the proverbial leap of faith to pursue your passion, consider the desert. If you have perseverance, are patient, and can tolerate the heat, it may be the right move. Only you will know — and only after you make it.

POSTSCRIPT: It’s been two years since this blog post was initially published by The Business Journals. Since then, I’m pleased to say that After You Hear It’s Cancer has become a critical success!

Not content to bask in my 30 seconds of glory, I set out to try my hand at fiction. I’ve since published two thrillers and plan to complete a third book yet this year. Will they prove to be as successful as my non-fiction? That’s yet to be determined. But what is no longer a question is whether I made the right decision on that fateful day I left my “real” job.